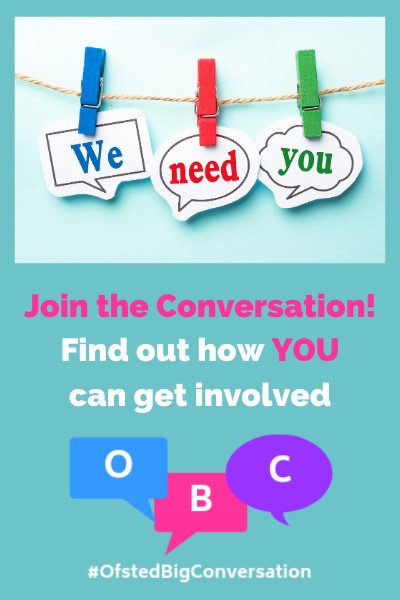 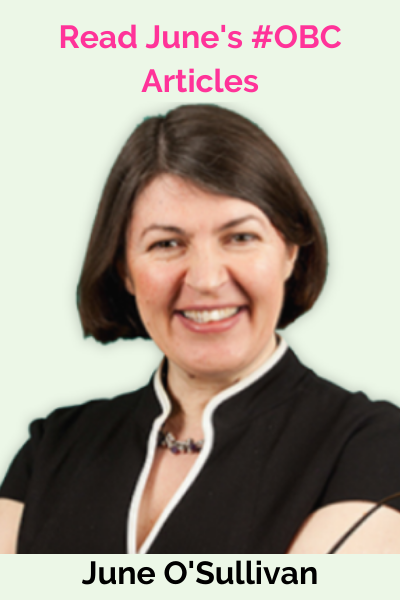 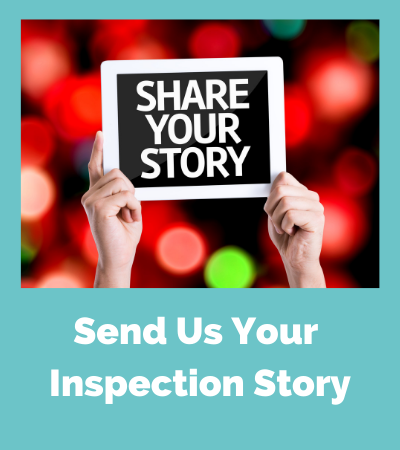 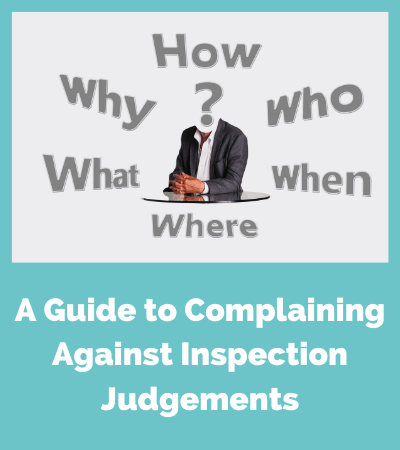 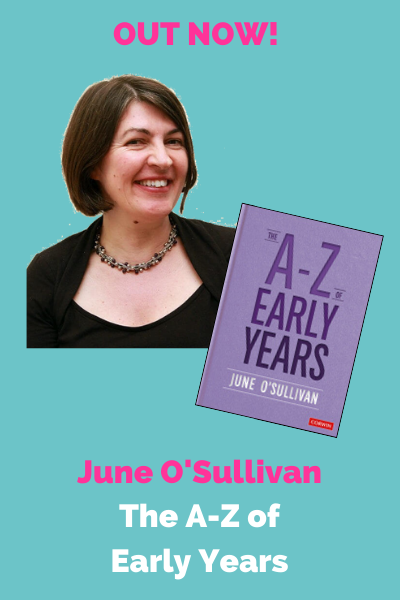 A Guide to Complaining - Inspection Judgements.

The outcome of an inspection is often an important factor to whether or not parents choose to use the setting. Therefore when we genuinely believe the inspection was flawed or the outcome judgement is incorrect it is our right to challenge this through the complaints system. However understanding what is happening and who is seeing our complaint is often difficult to understand. This guide is given to help you understand the process.

Stage One Complaints
This complaint is looked at by the body who undertook the inspection. This is most often the contracted bodies, Tribal or Prospects. There are very few inspections in Early Years carried out by Ofsted directly unless there have been legal notices served.

It is important when making this type of complaint that you have compared how your inspection was conducted to the document “conducting early years inspections”. You should highlight factual issues and steer away from conjecture. For example if the inspector did not talk to parents and parents were willing and ready to talk to the inspector this should be clearly explained. However things like “I know of a nursery nearby who….” should be avoided. This is because there is no way the investigator can check this as there is no unique reference number or setting name and complaining like this begins to lose you credibility. Stick to the facts and where possible supply evidence such as photographs. If you have CCTV, have you saved the evidence from that day?

It is important to gather evidence as soon as you can from the time of disagreeing with the findings during feedback. For example if the inspector is stating the outdoor area is unsafe and you disagree and you are going to use photographs of an area they should be taken on the same day as the inspection.

On complaining you should be given a letter to acknowledge the receipt of your complaint and a timescale for the outcome.

The outcome
The outcome letter should explain how the investigation was conducted and how the conclusions were reached. It will either say the complaint is:

Please note that Ofsted will have had no part so far in the process unless the inspection was done by a regulatory inspector. In order for your concerns to be heard by Ofsted themselves you must if you remain unhappy go to a Stage 2 complaint.

If the complaint was about work the inspection contractors carried out, this stage will be the first time Ofsted will know about it.

If it was about a Regulatory Inspector (An Ofsted Inspector) then the complaint will go to someone who is independent of the team the inspector works in.

The purpose of the second stage complaint is to consider whether the original stage one complaint was dealt with fairly and investigated robustly. The primary concern is not to look at the complaint itself. Ofsted have contracts with the inspection contractors that they are keen to ensure are being met. Not only do they want to ensure the inspections are being done on time but also that inspections are being carried out according to their expectations as set out in the document “Conducting Early Years Inspections”. Any evidence you submitted will be reviewed as will the inspectors notes and the information the original investigator considered.

It is also important to add up-to-date information about any impact the concern has had on your business such as financial loss, distress to parents or children, staff teams and moral.

Again you should receive an acknowledgement letter and a timescale for an outcome of the stage two complaint.

As Ofsted are not a government department, it may be at this time that you choose to involve your local M.P. as it is important for the government to be kept informed of how their policies and legislation affect the Early Years Sector. It also means that the stage two complaint outcome will be sent to the member of parliament.

Again the outcomes could be upheld, not upheld or partially upheld. The difference here is that a new inspection could be authorised, a change in judgement could be authorised and also that Ofsted will have the opportunity to clarify the guidance they write for the inspectors or consider changing the way inspections are carried out. The outcome will also be sent to the original investigator and if there is a difference of opinion it will be clear that the original investigator should not make the same mistake again in their investigations.

You can now begin to see why sending good quality evidence with the Stage One investigation is so important and why the outcome of a stage two complaint is a powerful one.

Stage Three Complaints
If after receiving the information back from the stage two complaint, you remain of the opinion that the complaint process remains flawed then you can take the next step of complaining to the Independent Complaints Adjudication Service for Ofsted, ICASO. This is an ombudsman style of complaint.

This step cannot be taken unless you have already completed and exhausted the Stage one and two complaint process.

The purpose is to gain an independent view of how the procedure and any actions taken by Ofsted and the contractors have affected you. At this stage it is really important to remember that this person is essentially a lay person when it comes to early years and therefore you must remember not to use jargon or acronyms and explain in detail what the impact has been and why you believe this is unbalanced. For example if you had a complaint led inspection and the complaint was resolved prior to the inspection and you took action to ensure the same set of circumstances did not arise again. The inspector finds that your history has impacted on the inspection and you are downgraded. You would need to explain to the ombudsman carefully what the potential impact was on children, what happened, what action you took and why. Next explain the time frame between the concern and Ofsted’s visit and lastly explain how the judgement has affected you. Have you lost good staff? Has there been a loss of earnings, have you needed to hold additional meetings for parents and anything else that has happened.

If you have kept a “front” sheet or chronological list of what has happened during the complaints so far writing this kind of information is more ordered and easier to do. You will also need to re-submit the same evidence that you have before, as although the ombudsman is not an expert in Early Years they will have a lay persons balanced view of this.

ICASO or the ombudsman cannot overturn inspection judgements nor can this body request a new inspection. Their role is to review if there is failure by Ofsted to follow proper procedures, discourtesy, poor behavior of Ofsted staff or contractors, discrimination or injustice, unnecessary delay in their responses to you and/or the failure to accept and apologise for mistakes made. As this is what is being considered it is important that any issues that arose that are different from Ofsted’s own policies, procedures and guidance become very important, such as the guide to conducting inspections and the guide to conducting complaint led inspections. Showing evidence of where what happened and this guidance is very important.

Although the Ombudsman cannot overturn inspection judgements or request a new inspection any recommendations they make will be taken seriously by Ofsted as if there is findings that the above has occurred Ofsted should do everything they can to both rectify this for the complainant and ensure that others do not suffer the same treatment. This is a serious step to take as the impact of the findings of the ombudsman (ICASO) may change the way Ofsted works. If you have suffered significant loss of earnings taking this step may assist you with future litigation. For further information please see: Independent Complaints Adjudication Service for Ofsted

It is really hard to maintain the momentum of making complaints but this is an important step if you really believe change is needed. Currently the freedom of information request for April 2012 to March 2013 shows that only 4 settings out of an original 691 stage one complaints went as far as this. Although some were resolved before, mainly at stage two.

Stage Four Complaints
There is a last stage you can go through if you still believe that there is injustice in stage 1 to 3 complaints outcomes. This is to go to the Parliamentary and Health Service Ombudsman.

They state the following on their website:
“Our role is to investigate complaints that individuals have been treated unfairly or have received poor service from government departments and other public organisations and the NHS in England.”

Their role is very similar to ICASO and the information and the way you need to present it is the same. Again you should not attempt to use this service until stages 1 to 3 have been completed. Please visit their website at: www.ombudsman.org.uk